It's hot in Virginia.
Think people wiping their brows, damp shirts clinging to their bodies. Like hot. Humid, muggy, delightful! Or not so much. Solution? Go to the mountains. I spent my Tuesday driving the back roads of Virginia down to Front Royal, near the Shenandoah and eventually Skyline Drive with my Dad.
Being a cool 60-some degrees and overlooking the country side? Majestic.
The towns on the way are tiny. Teeny tiny...and I'm more of a city slicker, and if you ask me, I had enough cows at Penn State.
All that aside, my Dad loves the mountains, and he's been on that same drive many-a-time. He told me he loves the silence of the country, but more importantly, he told me about Spelunkers and B&L's. Both custard joints. Both popular. Both enticing.
Here is B&L's. Cute little shack with unreliable hours. Sometimes it's open, he says, sometimes, it's not. 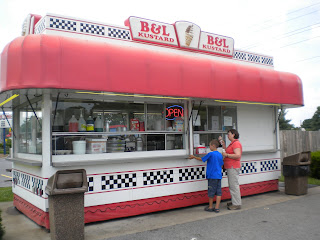 I checked out the menu, but decided that I wasn't going to make a decision until I saw both places. Nearby is Spelunkers. My Dad told me the last time he was there he ordered a Red Velvet Custard. Turns out they used some vanilla-ish type of custard and just put giant slices of cake on it. Why didn't he tell me this sooner? Decision made! 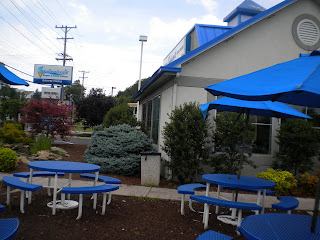 Well, no Red Velvet, but Butter Brickle instead! This was a sweet creamy butterscotch like custard with Heath bars crumbled in it. Oh. My. Gah. I was sold! Spelunkers it was. 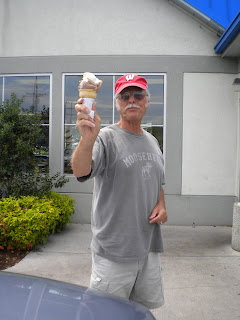 Here is Pops with his twist cone. How blasé. It was actually the best twist custard I've ever had. It was a rich chocolate and a creamy vanilla. Two totally different experiences. Often times these twist cones just merge together into this sort-of lame flavor. Not the case for this one. Below are both... 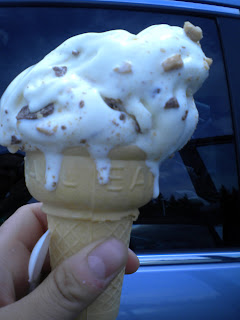 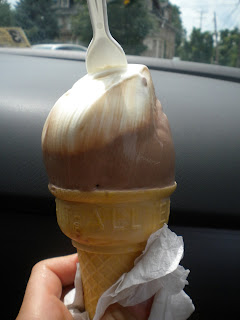 It was so creamy that it was quick to melt. We told the owner we drove all the way from D.C. to have their custard. We white-lied. He beamed. Seriously though, this was incredible custard. If you're ever in that area, you should try it. You must try it.
We continued on the way up to the mountain. Beautiful but very desolate. I mean it's a mountain, I guess that's to be expected. Here I am on one of the overlooks. 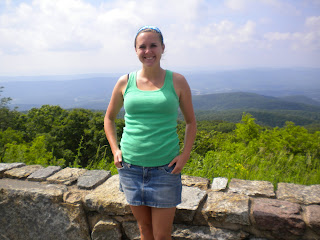 Halfway up the mountain was this cute little store called Elkwallow. It was like a general store/gift store all in one. It had local fudge, caramel corn and.... booze. I guess that's all you'd need in the mountains. 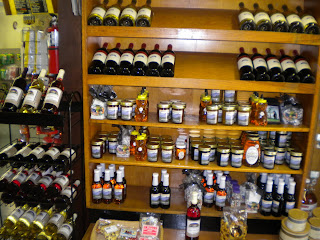 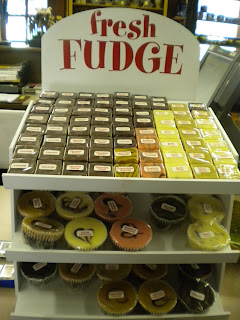 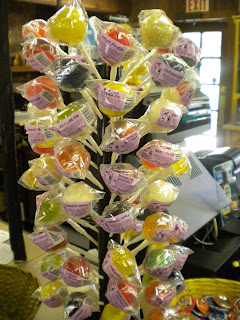 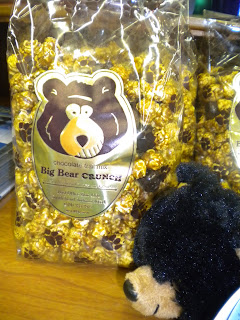 Really cute store. Really in the middle of no where. Quiet, quaint and charming. I'm not saying I'd make this a weekly trip, but when you're in Fairfax day in and day out, a surge of the cuhntree ain't too bad. 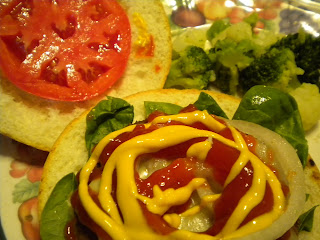 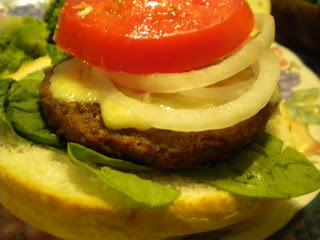 We came home to veggie burgers on the grill. Simple. Use any patty you'd like. Add lettuce, tomato, onion, ketchup, mustard. There, you now know how to assemble a burger! And next week we will learn to toast bread!
Farewell, my friends.
Posted by Jessie -- The Messie Kitchen at Wednesday, June 02, 2010

What a fun trip! I want some of the cool, drippy, creamy custard. :)

Don't you just love little ice cream stands? Your treats look so tasty...especially in all that heat!