Tonight, I met Food Network's host of Sugar Rush and owner of CakeLove bakery, Warren Brown. He was presenting at McLean Community Center for the release of his new book "United Cakes of America." He is a really down-to-earth type guy with an expansive knowledge on not only cakes, but business, law, and getting what you want out of life. I felt like such a nerd asking for a photo with him but he was very nice about it. Ummmm... you worked on Food Network and you bake for a living-- you're my idol... 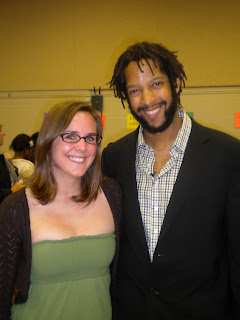 Anyway, I bought his book, and Amie and I are going to attempt to do it. So, look out for "Fifty Cakes from Fifty States... Our Trip Through America in a Year." It'll be phenomenal. 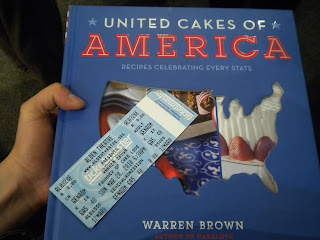 Two of his recipes-- red velvet and vanilla with chocolate buttercream... yum!! 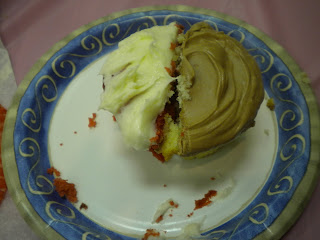