I am really tenacious. Or persistant. Or annoying?

One of the three. Pick your poison. Point is, when I want something, I get it. Not in that way. It’s not like I snap my fingers and all my dreams come true. I get an idea in my head and I cannot rest until it is achieved. Even silly things. Like for instance, today, I just had to make brownies. 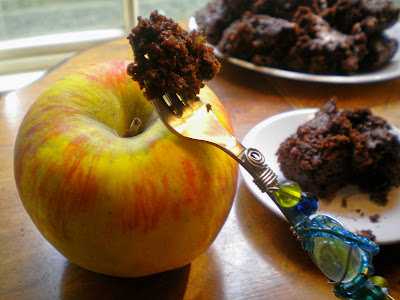 Doesn’t matter. I’m gonna make my brownies. My alter ego kicks in and suddenly I have one mission and one mission alone. Brownies. 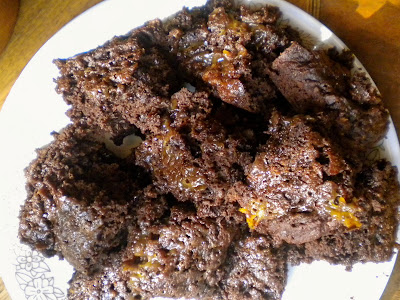 I didn’t have any eggs. There are plenty of substitutes! Problem was, not all of these ingenuous recipes had such high reviews. I’m not setting out to make  a brownie I won’t eat. I also found a brownie recipe that used Crisco instead of eggs. Well what a lovely solution! Let’s take out the cholesterol and add a bunch of lard. 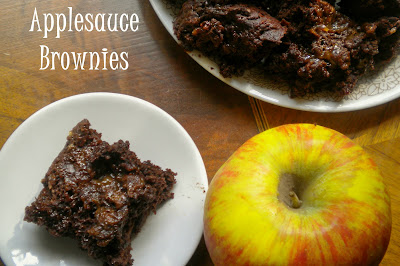 No thanks. No offense to Crisco, but it just wasn’t doing it for me. 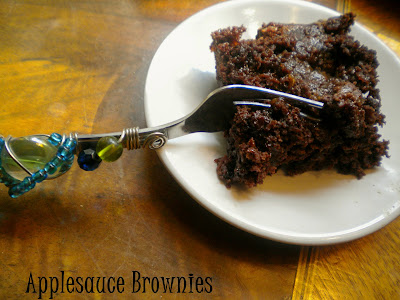 Eventually, I stumbled on a vegan recipe. I scoffed. Heavens no. Me? Not hipster enough to make vegan. Love meat. Love animal products. No way. But I read on. This recipe received rave reviews. Probably from weirdo vegans, I thought. Nonetheless, these Vegans had an egg-less, Crisco-less, animal-less brownie recipe, and that’s what I needed!


So, now that I’m a Vegan, I’m hopping from pantry to fridge to counter to dinner table scooping up ingredients, checking the recipe and sitting down to take breaks. I have all the ingredients! Who knew Vegan cooking was such a cinch?


Applesauce. I used all the applesauce. Well, this is the part where most of us would pack up our knives and go.


Not I. We had apples. How hard could it be to make your own applesauce? Not very, I assumed. 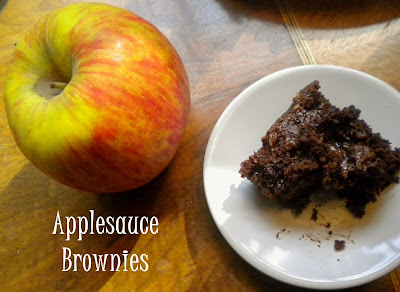 I was right! I chopped up two big apples, sprinkled some cinnamon and a little less than half a cup of water into a saucepan and let it simmer on medium for about 20 minutes. A few mashes later and voila! Homemade applesauce. It was good too! Almost good enough to help subside the brownie craving. At this point, I was so fixated on the applesauce I almost forgot my entire purpose. Not quite.


Now, I love and respect all Vegans, but I’m all for a little self expression. So here is my take on a Vegan brownie recipe. It's healthy with mostly whole wheat flour, and I used mini chocolate chips because they spread more, thus you use less than regular chocolate chips. Before you bake these, the consistency is a little strange but don't give up! After they are baked they have the same consistency as a regular ole' Betty Crocker (with a lot less fat/more fiber/more protein!). Your non-vegan friends won't even be able to tell the difference.... that's a promise!


1.Preheat oven to 350 and lightly spray or oil an 8 x 8 baking pan.
2. Mix applesauce, sugar, and vanilla in a medium bowl. In another bowl, whisk flour, cocoa, baking powder, baking soda, and salt and pinch of cinnamon together.
3. Make a well in the center of the dry ingredients and add the applesauce mixture. Mix until just combined. Gently fold in chocolate chips
4. Spread in prepared pan and pour caramel sauce over top. Bake 25-30 min, until center is firm and not sticky. Cool completely before slicing

Great work and I am definitely impressed by what I call persistence. :) And I esp love that you made your own applesauce!

now those are great brownies....I bet the applesauce helped keep them extra moist! and I like Tenacious.....and its good therapy for you too....just be careful and maybe some extra calcium to help you heal faster!!

A high five for hobbling around and making your own applesauce. Nothing stands in the way of brownies.

Awesome, I am always looking for ways to substitute ingredients, never would have thought applesauce, I will remember this recipe!

Cool recipe. I'll have to send you a recipe for apple bars (brownie style, but all fruit) that we eat with fresh NH apples every fall. Mom used to make them, now I do.

I would have had the same reaction to the vegan brownies you did, but now I'm super intrigued by them. And ridiculously impressed that you hobbled all around your kitchen and even made homemade applesauce. You definitely deserved these brownies!

The best bakers and cooks persevere amidst challenges...and they often end up with wonderful results. It sounds like these brownies were a success and so much healthier too. Wonderful!

What a mission (in terms of the thought processes you must have gone through :P) but one well worth it! This sounds so yummy and def a healthier version than the heart attack brownies I tend to bake!

That looks so nice and gooey! And I hate crisco too. It is just not right.

crisco isn't lard tho--crisco is some man made fat thing that could be a by product from making tires or something.

Yum! I love brownies. I like the addition of caramel too! :-)

These brownies look so great, I am so glad you didn't go with Crisco, I am not the biggest fan:) Glad you had a fun experience hopping around in the kitchen!

I substitute applesauce for oils all the time. For less cholesterol I use egg beater sort of products. If I need to use oil, I try to be as healthy as possible with it.

Every change though does require adjustments for cooking/baking time and also taste. Just don't tell your family, I've found, and they won't care much if it very flavorful.

lard has its purpose but not in brownies, not in these days, butter maybe but the applesauce sure makes for a better fit esp in your case - good job ... sounds and looks just great

well done Tenacious one! I love reading the posts of my vegan friends. I feel as though they've raised cooking to another level with the challenge of cooking without any dairy or poultry products at all. I hold them in very high regard (though I could NEVER be one).

Very impressive!! I never feel like I'm hip enough to go vegan either.. :(
I'm glad you gave it a go. Maybe there is hope for us non hipsters after all!!

I made a batch of these brownies and they were pretty good. I ended up adding 1/4 cup soymilk to mix because it was just too thick to spread in the pan. I also added 1/4 cup walnuts, becasue I love walnuts! I really enjoyed the lighter cakey texture of these but my bf says they are not sweet enought. Next time I will add a little more sugar.

I just found this recipe - thank you! - and made a batch with my 2-1/2 year old daughter. Mixing them up was a snap and I love that there are no "nasty" ingredients so she could really help - and taste! - without worry of raw egg or oil getting everywhere. And so yummy! Will be in our regular snack rotation!

Thanks for the recipe - definitely one of the more successful i've tried out in terms of consistency and not using weird random ingredients i've never heard of, but I found them really bitter :S maybe it's just my cocoa powder?

Hannah, sorry it took me SO long to respond! I think it must have been your cocoa powder... perhaps even too much of it? I find if I do precisely measure cocoa powder, it can quickly turn anything bitter!

Just wanted to add that i made these last night. I was very skeptical that they could work (no eggs, oil, or butter????) but since i too was out of eggs i thought why not try.

they are REALLY good! soft and moist and very chocolatey!!!

Crisco is not lard. Crisco is hydrogenated vegetable oils aka trans fats.
Lard would probably make excellent brownies, just like it makes the best pie crust ever, excellent dumplings and fantastic biscuits. And though we use lard as a derogatory term for fat, lard is actually high in the same monounsaturated fats as olive oil; it's kinda like an olive oil/butter blend, without that olivey flavor.

Side note: If the lard comes from pigs raised outdoors, it's super high in vitamin D.

My friends, I invite you to this photographic display of the tale of a sweet with the same name but different characteristics. best sewing machines